My favorite memory of Duc-Tri Tuy-Hoa was the big feast we had at school every year, maybe during

the Moon Festival. There were food, mainly goat curry, plenty of it, and the fantastic show by students.

Residents near school crowded all over the fence, many even climbed up high on trees and gate tried

to have a peek of the show.

I have always love dancing and singing. But back in the days, I rarely had a chance to perform because Tuyet-Huong, Thu-Phuong, Le-Nhung, and other girls were always the chosen ones for dancing. As for singing, Ai-Nhu, Ai-Lieu, Ai-Thu, etc were everyone's favorite. One year, I got to fill in for someone who was sick or just having a tantrum just a few days before the festival. Oh I was so thrill to be part of it. I had to learn the routine in a hurry and tried to fit in the costume that wasn't my size. That day I had two safety pins on the back of my shirt and one on the waist of my skirt. Only seconds into the dance, the pin on my skirt decided to pop open. Ouch! It hurts. From that moment on, I had to hold on to my skirt and forgot all the routines. For the rest of the performance, I was basically running here and hopping there trying to catch up with others.

With all that embarrassments, I was still proud to be on stage. It was too bad there wasn't a single picture of me to prove that I was really up there!

This picture was probably taken in the early 60's. Usually the performance were during New Year or Mid-Autumn Festival. Notice people were on the wall and may be on the trees trying to get a better view of the show. Photos courtesy of Tien Huynh, a son of our old teacher - Mr Huynh. 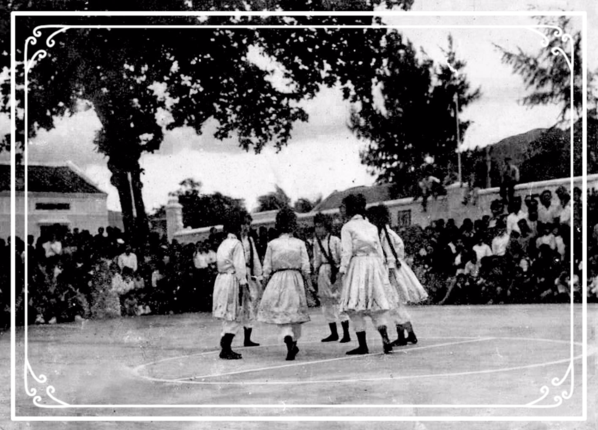 A little girl who loves attention
By Kathy Banh, March 2011

Being the tenth of eleven children, the only time I got my parents' attention was when I was in trouble like fighting with the neighboring kids or not studying while other kids were reading out loud all over the neighborhood during exam time. Trust me; you do not want that kind of attention because it often comes with lengthy lecture and even a good dose of spanking. So I pretty much stayed out of trouble.

Being sick, on the other hand, gets sweet attention. As a child, I got sick at lot and I loved it. Each time I was sick, everybody was so nice to me. My older brothers and sisters would often bribe me with “get well money”. Even my little brat younger brother would share all the goodies he had with me. The best thing was I got to sleep with mom. Oh that unforgettable warm and safe feeling of being with mom!

When I was around eight, I got very sick with persistence fever for days. I got a lot of “get well money” and hoped to accumulate enough to buy me the little bike that I had long dreamt of. One day, I was in bed surrounded by my beloved family with my right thigh twice as big as the left one because of the heavy dose of IV, and being half conscious, I heard mom’s worried voice:" oh she is so sick, I am running out of options here. Tomorrow, I will bring her to a hospital in Saigon”. Wow, Saigon, I had never been to Saigon. That night I must have gone to sleep with a big smile on my face.

Unfortunately, the next morning, the fever was gone, and there gone my trip to Saigon along with the “get well money”!

Although I never got the little bike of my dream and I did not get the trip to Saigon until years later, I got

to keep my precious brain that would have

been fried with the increasing fever, and best 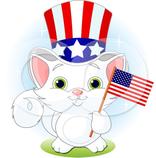 exact year. I only remembered it was in the late 60's or early 70's

when I was still in elementary in Tuyhoa, Vietnam .

Similar to all the houses in that era, our only bathroom was all the way in the back of the elongated property. That part of the house felt very spooky at night due to the layout and the frequent rolling blackouts. I did not remember if we even had a back up generator. And even if we did, it would only support a few lights in the front part of the house. Therefore going to the bathroom after dark was a scary adventure.

Here was how it worked in our family: when mom was not available to escort, the siblings would accompany each other to the bathroom. Roger (小發), my younger brother and I were natural partners since we were close in age. We would take turn holding the oil lamp or flashlight and guard outside while the other was taking care of business in the bathroom.

The buddy system was working fine until one day he decided to play trick on me. He waited until I got into the dark bathroom, and then turned off the light and ran toward the front of the house. He even locked the door going to the front, then hid in a corner and giggled while I was so terrified and screaming my heart out. Little that he knew, our older brother Jimmy (發哥) was only a few steps away and witnessed the entire episode. Jimmy shouted: "Bad boy, it's not funny, not fair, bad boy" and unlocked the door to release me, the poor terrifying soul. He then picked Roger up by the collar and whipped him good.  Mom rushed over to check out what was happening and Roger cried louder reaching out for help. But sorry my darling, Jimmy was in charge and mom could not help you this time.

For a moment I felt real good. He got what he deserved since he had betrayed my trust and laughed on my suffering. But after seeing tears in mom's eyes, I started feeling guilty. So, to avoid similar situations from happening again, I had declared independent! I would still accompany the little brat to the scary place but would

no longer require his service in return. I had become a brave, independent big girl.